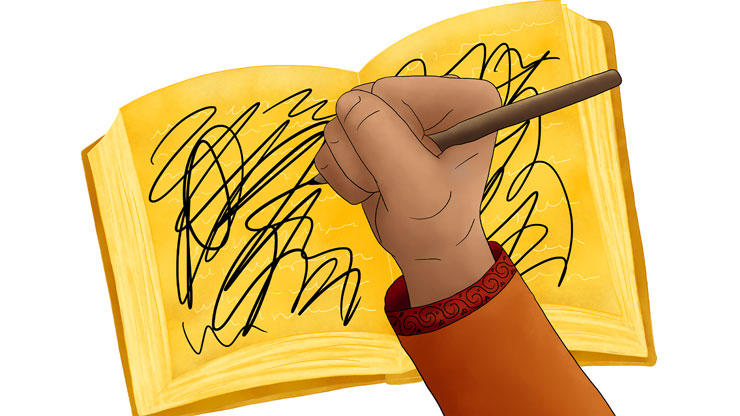 The Traditions of Men

The Traditions of Men : Scribble Out God's Word

You might be thinking, “Well, isn’t it good to be clean and wash your hands?” Sure. Washing dirt and germs off your hands can be a good idea a lot of times. But what was happening right now between the religious experts and Jesus’ disciples — this was something totally different.

You see, sometime way back, some religious elders decided that it was “right and good and made God happy” to always wash your hands before you eat. And they decided it was “wrong and evil and made God sad” to not wash your hands. That is called a “tradition of men.” Something men just made up, but that God never said. And they made up other traditions, too.

A tradition is something that someone started doing a long time before, for some reason or another, but then, as time went on, people started doing that thing all the time. It becomes something they have to do. They always do it, just because they’ve always done it, just because “it’s what we do.” Hmmm… that doesn’t sound like a very good reason for doing something, does it? Let’s find out what Jesus thinks about it.

The religious teachers didn’t like that Jesus’ disciples weren’t following their traditions. So they asked Jesus, “Why don’t Your disciples follow the traditions of the elders by washing their hands!”

But Jesus answered them, “Isaiah was right about you phony hypocrites when he said, ‘This people says good things about Me with their lips, but their hearts are far from Me. Their worship does no good, because they decide on their own rules about things and then teach it to the people as if it was from God.’

“You ignore the commands of God, and instead cling to your man-decided traditions. So you see, you scribble over God’s word and drown out God’s voice with these man-made traditions you’ve handed down. You do that with lots of other things too.”

Do you see how wrong and harmful it is to take a man-decided idea, and turn it into a tradition? It actually scribbles over what God wants and takes the place of a relationship with God Himself! They might even seem like “good” traditions but really those things keep us from being able to hear and obey what God wants for today.

If we have something that “we always do,” then what will happen if God has a different idea? We’ll just go on doing our own thing and MISS what God has in mind for us; we won’t be able to hear God’s current thoughts. That’s baaad news.

Can you think of any traditions these days that might keep people from really hearing and obeying God? Watch out for those things. And we’ll point some out along the way, too.

Then Jesus called the crowd of people and explained why the hand-washing tradition wasn’t really so important, “Listen. There’s nothing outside a person that can make them dirty by eating it. Really, it’s only the things that come out of a person that make them dirty.”

Later Jesus disciples asked Him, “What did You mean when You said that?”

And Jesus answered, “Really? You don’t get it? When you eat something, even if it’s dirty or nasty, it doesn’t go into your heart. It goes into your stomach and eventually out into the toilet. Instead, it’s the things that come out of a person’s heart that makes him dirty. For it’s from the heart that evil things come like murder, taking, stealing someone’s husband or wife, being greedy, lying, caring about the world’s stuff, being jealous, talking bad about people, being prideful, acting foolish. These evil things come from inside a person — and those are the things that make you truly dirty on the inside.“