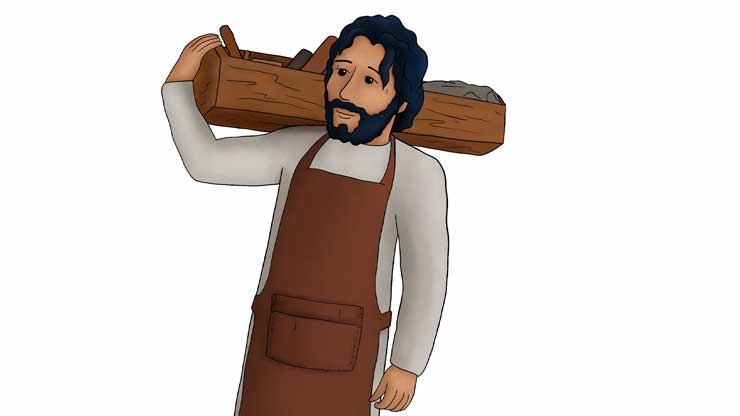 Seeing the Son With Heaven Eyes

The "Plumber" : Seeing the Son With Heaven Eyes

After Jesus had spoken to the man who had been lame, the man went and told the leaders it was Jesus who’d healed him. The leaders really wanted Jesus to stop, but Jesus told them, “My Father is working, so I’m working.” That made them even madder because they didn’t like it that Jesus said God was His Father.

But Jesus told them, “Yep… I do nothing on My own. I just do what I see My Father doing (and I see everything, because He loves Me). Just like the Father raises the dead and gives life, so the Son gives life.

“And, by the way, the Father doesn’t judge anyone because He has given that assignment to His Son, Me. Everyone has to learn to respect the Son, or they don’t really respect the Father.

“Hear Me and believe Me, and you’ll get eternal life instead of judgment. And you will cross over from death to life.

“A time’s coming — and is here — when the dead will hear the Son’s voice, and those who really hear will live. The Father gave the Son Life, just as He has Life, and He gave the Son the power and authority to judge.”

The leaders’ mouths hung open in shock. They thought, “What is this guy saying? He’s just a carpenter, a blue-collar worker, like a maintenance man or a plumber! He doesn’t have the education like we do. And He’s saying He will judge us?! Worse than that, He’s claiming to be GOD. He’s claiming to be the fulfillment of 1,500 years of prophecies — the answer to all the puzzle pieces!”

Let’s think about this. How would you have felt about that? Would you have had the courage to hand over the rest of your life to someone like a plumber? A “plumber” claiming to be God? A no-schooled PLUMBER asking you to trust Him with all your life choices, your family, your relationships, your job… everything! Wowza!

But that is exactly the way the Father planned it. And the only way we can give our lives away like that, is if we are really listening with Heaven-Ears, and seeing with Heaven-Eyes.

It’s VERY cool that the Father set it up like that.

Jesus continued, “Don’t let that surprise you. A time is coming when all who are in the graves and tombs will hear His voice and come out — the good rise up to Life, and the evil get up to be judged and condemned.

“That’s the way it is, and it’s not something I am doing on My own. I just listen and judge. And My judgment is right, because I don’t try to find ways to do what I want. I just do what My Father who sent Me wants.”