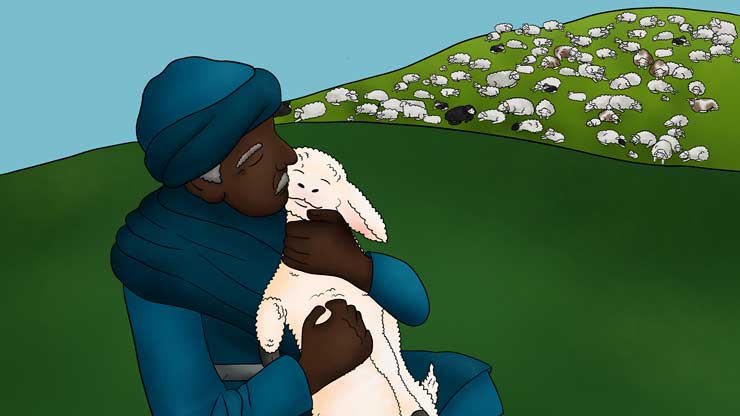 It's About Love, Not Math

The Lost Sheep : It's About Love, Not Math

All the tax collectors and sinners were coming to listen to Jesus. But the religious strivers and the experts in the Law were complaining, “This man accepts sinners and eats with them.”

So Jesus told a story:

The shepherd wouldn’t just say, “Oh well, only one of my sheep is missing. Ninety-nine is close enough.” No. He would do something. He would even leave the 99 sheep alone up on the mountain to go find that one lost sheep. And once he found it, he would carry that sheep home on his shoulders, skipping happily all the way.

Why do you think that shepherd would risk leaving his 99 “good” sheep to go find the one sheep that was “being bad” by wandering off? If it was just about numbers, he might not risk leaving the 99 to go after just one. Or, maybe he’d just buy a new one to replace it.

But Jesus was showing them that it’s not about the numbers. It’s not a math problem. A good shepherd goes after the one lost sheep because he cares — because he knows the names, the histories, and the stories of every single one of his sheep.

So that shepherd takes off across the mountains looking for his sheep because he doesn’t want to lose his relationship with that little guy. He knows that little sheep’s name. He knows everything about him. It’s not about math and missing numbers. It’s about love! The shepherd loves that sheep!

So that’s why Jesus told them this story — to try to show them WHY He eats with sinners sometimes, and HOW they should feel about it. He’s trying to bring His lost sheep back home!

Do you think Jesus wants us to learn to love like the shepherd loves, too? Yes. And He wants us to rejoice with the angels in Heaven when even one lost person is found and brought home!

Keep listening to the next few stories to learn more, and about how Jesus wants us to help those who “wander.”