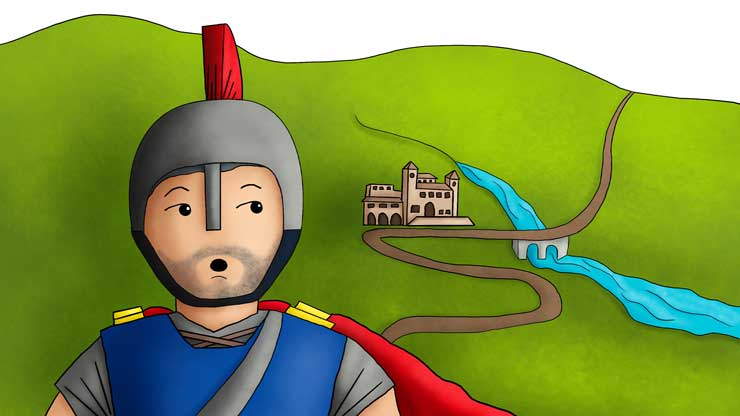 The Centurion : Faith to Understand Authority

The centurion was an important leader in the Roman army. But he also cared about the nation of Israel and was kind to people.

He had a servant who helped him. His servant fed his horse, shined his boots, and helped him get his armor on.

One day, the servant got very sick. This made the centurion very sad. But he had an idea.

But the centurion said, “O Lord, You don’t have to do that. I’m not good enough for You to even come into my house!! I know that all You have to do is say the word and my servant will be healed.

“Just like my soldiers obey me when I give them commands, I know the sickness will obey You if You command it.”

When Jesus heard this, He was surprised and it made Him so happy! “WOW!!” Jesus said, “Now that’s the kind of Faith I have been looking for! I’ve not found anyone who has trusted Me this much!”

Why do you think this man was any different from the many others who had believed and been healed before this? Somehow this man believed more — more than just that Jesus could do something miraculous. The centurion saw that Jesus is the real Commander — over everything in the whole world. Jesus, the “I AM,” is the One who made and controls all the rules! The “I AM” is the one who holds together all the teeny, tiny particles that make up the world! The “I AM,” is… well, THE “I AM!”

And the centurion could see that with Heaven Eyes.

“Go,” Jesus told the centurion. “Exactly what you believed will happen. Your servant will be all better.”