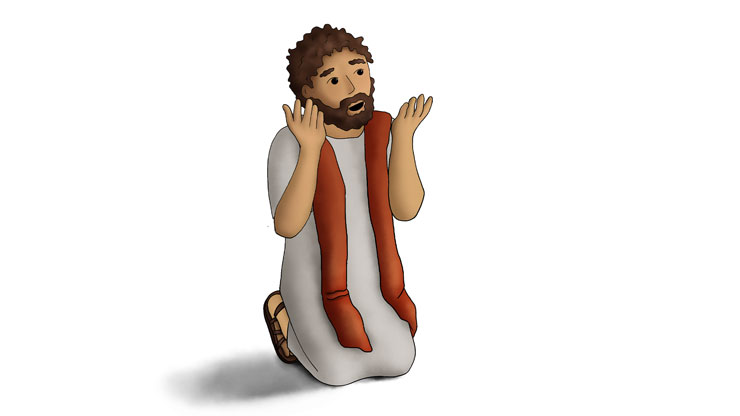 Seeing the Rock with Heaven-Eyes

Peter : Seeing the Rock with Heaven-Eyes

When Simon Peter had first met Jesus, Jesus had looked at him and said, “You are Simon. Your dad’s name is Jonah. But we’re going to call you Peter instead.”

Simon had scratched his head. He had been called a few nicknames, but “Peter” had never been one of them. The name “Peter” meant “a small rock.”

Simon didn’t know why Jesus wanted to call him that, but he thought it was pretty cool to get a new name, especially picked by Jesus.

One day, Jesus asked His 12 followers, “Who do people say I am?”

One piped up, “Some people say You are John the Baptist or Elijah.”

Another added, “Other people say You are Jeremiah or one of the prophets come back to life!”

Jesus listened but was still thinking. Then He asked them, “But who do YOU say I am?”

Simon Peter answered, “You are the Christ, the Anointed One, the Messiah, the Son of the Living God!”

Jesus’ face lit up in a big smile, and He said, “Blessed are you Simon son of Jonah. You didn’t figure that out by yourself, but the Father in Heaven Showed you that!”

(This wasn’t the first time Peter and the others had said that Jesus was the Christ. But Jesus knew that this time, when Peter said it, it was different. This time His Father in Heaven had shown it to Peter.)

Jesus continued, “Yes, the Father gave you Heaven-Eyes so that you could see Me for who I really am. You don’t just know about Me in your mind. You don’t just know who I am because you figured it out or because some other person said so. Now, I can see you know it in your heart because My Father showed you.

“That’s why I’m gonna call you Peter — a small rock! Because My FATHER showing people who I really am — that is the strong, solid rock Foundation that I will build My Church on. And the ugly gates of hell won’t be able to stop that Church built on that Rock. That Church will bust, bust, bust down those ugly gates. And I will give you the keys of Heaven’s Kingdom.”

Now this was Big. The Ekklesia? The Church? The Body and Bride of Jesus?!!!! The disciples hadn’t heard much about this yet! But they were excited! They were starting to See God’s Big Plan. It had to do with God the Father giving His Children Heaven-Eyes. It had to do with Jesus giving them the keys to Heaven. And it had to do with a Church built on this Rock of Revelation that would BUST, BUST, BUST down Hell’s Gates! Woah!

Remember the big rock from King Nebuchadnezzar’s secret dream sooooo long before? The one that would come and knock over the worldly statue and then grow, grow, grow to be a huge mountain covering the earth, the mountain of God’s Kingdom that would last forever! Well, THIS was that rock that Daniel had told the King about hundreds of years before.

Jesus was going to build His Church, His House — that temple Ezekiel saw that was still coming. But this House would not be a building made with human hands and physical rocks and stones, but it would be a Spiritual House. A House made with Living Stones, people! People who all know Him from the least to the greatest (just like Jeremiah said).

“Pssssst,” Jesus added, “by the way, this is actually all a secret just for us right now, so don’t tell anyone just yet!”

But the disciples could barely contain their excitement and joy for what was going to happen. They were in on the BIGGEST SECRET in the whole universe!