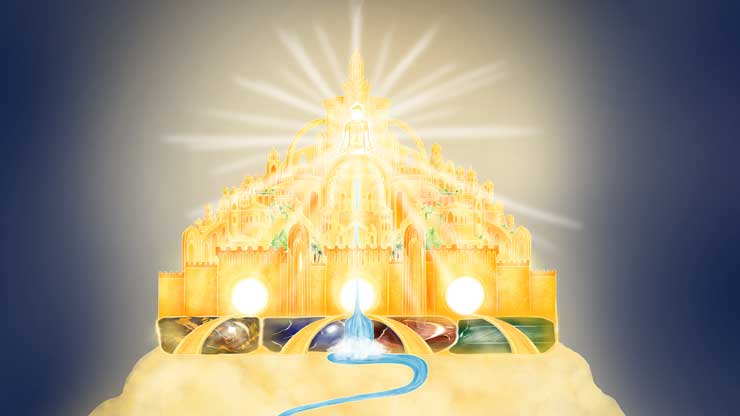 Missing, But a Better Throne is Coming

God's Holy Box : Missing, But a Better Throne is Coming

Things are feeling kinda sad for God’s Children right now in the Story, aren’t they? The Children of God were being dragged off to Babylon. Jerusalem, God’s City, was now mostly empty and ruined. And God’s Holy Box, the Ark of the Covenant was gone.

It had been missing for quite some time. And it was always very upsetting to the people when they didn’t have it.

When the Ark had been in its place in the Temple, safe behind the big, thick curtain, God had said, “I will meet you there, and I will be above the lid, right between the touching wings of the two angels on top.”

The people understood that this made God’s Holy Box very special. So they were sad that they might never get it back again. Without God’s Covenant Box, how would God come and be with them?

But listen to what God had to say about it through Jeremiah:

The Lord said, “Once your land is filled with people again (and it will be!), you aren’t going to wish anymore for the ‘good old days’ when you had My Holy Box with you.”

Hmmm… How could they not miss the place where God’s Glory rested — His shadow throne?

Now I’ll ask again… HOW were they going to NOT MISS this place where God would come and be with them? Let’s find out.

But God had a plan — a plan more wonderful than the people could have ever imagined!

Jeremiah continued, “You’re not going to wish for those old glory days. In fact, you won’t even remember them. And there won’t be any need to make another Covenant Box. Do you want to know why? Because when the time comes, God’s whole City will be known as ‘The Throne of the Lord.’ And all the nations will come there to honor Yahweh.”

Wowza! God is going to come and be in His whole City?! Not just behind the big, thick curtain in the Temple? No wonder they wouldn’t miss those old glory days — because NEW BRIGHTER Glory Days were Coming. Instead of just coming to visit the Holy Box once a year, God was going to show Himself to be throughout His whole City.

So soon enough, they wouldn’t need a Box made out of wood and gold to be a throne for God. Because God said ZION itself was going to be the place where He would come and rest and make Himself known. He would be there. He would live among His Shining City — His People.

Okay. Here’s the really awesome fun part. Do you know that even today, right now, no one seems to know what happened to God’s Holy Box — the Ark of the Covenant? After it went missing around this time of Jeremiah, it’s been missing ever since. It’s a mystery. (How did Jeremiah know that Box was gonna go missing? Sounds like a Puzzle piece, huh?)

But Jeremiah was right. We don’t need that Holy Box anymore. It was just the shadow throne. And we’ll talk more about this later, but Brighter Glory Days did come (with Jesus and the gift of His Spirit). And those Glory Days with Him are just getting brighter, brighter, and brighter.