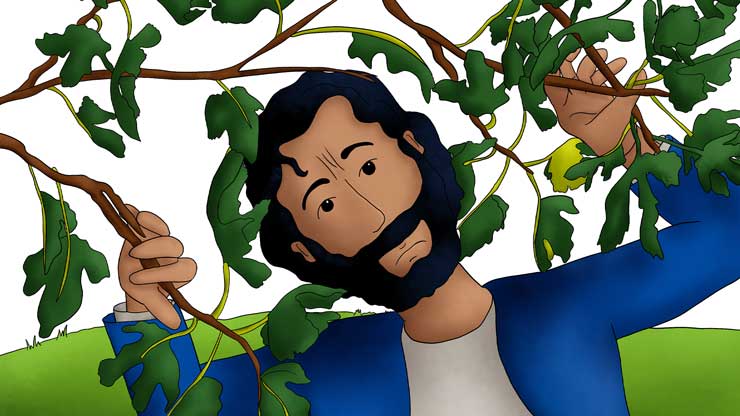 Expected to Serve and Bear Fruit

All of Creation : Expected to Serve and Bear Fruit

That night Jesus and His followers spent the night outside Jerusalem, but early in the morning they got up and started walking back towards the city. Jesus hadn’t eaten any breakfast so His tummy was a’rumbling and grumbling.

Up ahead He noticed a fig tree. So He walked up, reached for one of the branches, and started looking for some figs to have for breakfast. Hmmm... He couldn’t see any. He checked all the branches… high… and low. Hmmm... No figs anywhere! The tree had lots of beautiful green leaves waving in the wind saying, “Look over here! I’m a beautiful, luscious fig tree,” but when Jesus got there, there was no fruit.

Now you might think Jesus could have just snapped His fingers to make fruit appear on the fig tree. But that’s not what happened. Instead, He doomed the tree by saying, “You’re done. You will never have fruit on you again!” And then… shrivel, shrivel, shrivel. The leaves turned brown and dry. The branches drooped. The whole fig tree withered up. Dead.

Then Jesus turned and walked on. The disciples’ mouths dropped open as they stared at the dead tree. They ran to catch up with Jesus. “Jesus, how did that tree wither so quickly?”

Jesus answered them, “If you guys have faith, and don’t doubt, you’ll do stuff like that. And not just withering trees, but if you say to a mountain, ‘Jump into the sea,’ then it’ll happen. Whatever you ask for when you talk to Me, if you believe, you’ll receive it.”

Wow. Now, there are a few things I learned from this fig tree. One is: God’s creation is expected to produce fruit for Him. It’s expected to be ready to serve Him and give Him whatever He wants, whenever He wants it. Not just dress up and look nice.

Which brings up the second thing. We have to be ready to serve Him like that too. And our ability to serve Him probably has a lot to do with what we believe will happen when we say “jump” to that mountain.